Ron was honored to meet servicemembers and their families during the 65th Veterans Day parade in Albany on Nov. 11.

Ron regularly marches in the parade, which is the largest such Veterans Day event west of the Mississippi.

“One of my highest privileges as a United States Senator is to represent and advocate for Oregon’s 330,000-plus veterans,” Ron said.

“Our state is committed to honoring veterans every day of the year,” he said. “And it’s always great to be in Albany to recommit on Veterans Day to that promise of celebrating and support all those who have served our country.”

In addition to hearing from veterans -- including members of Oregon’s Spirit of “45 -- and their loved ones along the parade route, Ron also had the privilege of meeting with Oregon Air National Guard Adjutant General Mike Stencel.

The Veterans Day National Committee has designated Albany as one of 54 regional and national sites for the observance of Veterans Day. 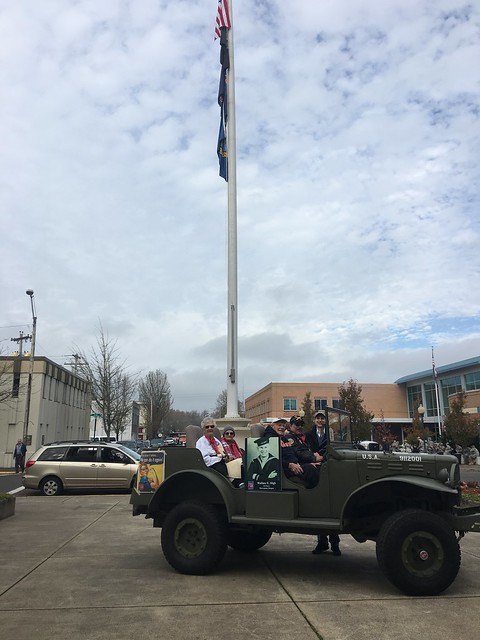