Senator Wyden’s goal last week was not to find Elvis. It just sort of turned out that way.

The trip started in Portland with a meeting of Oregon’s agricultural leaders about the opportunities to increase the export of Oregon products to new markets in Asian-Pacific region and ended with town hall meetings in Grant, Wheeler, Gilliam and Sherman counties, numbers 629 to 632 if you’re keeping track.

Where things turned interesting was on the drive from a press conference in Bend about the benefits to Oregon of the new FAA bill to a town hall meeting No. 628 in the Harney County city of Burns.  After a stop in Brothers and needing to stretch his legs after the drive across Southeast Oregon, Senator Wyden stopped at the store in Riley, a small community east of Burns.

It was there he met Elvis … Elvis the Elk that is … who happens to be a rubber replica of an elk who years ago became friends with a local resident. The store’s owners, Pat and Dale Martin, were kind of enough to introduce Ron to Elvis. 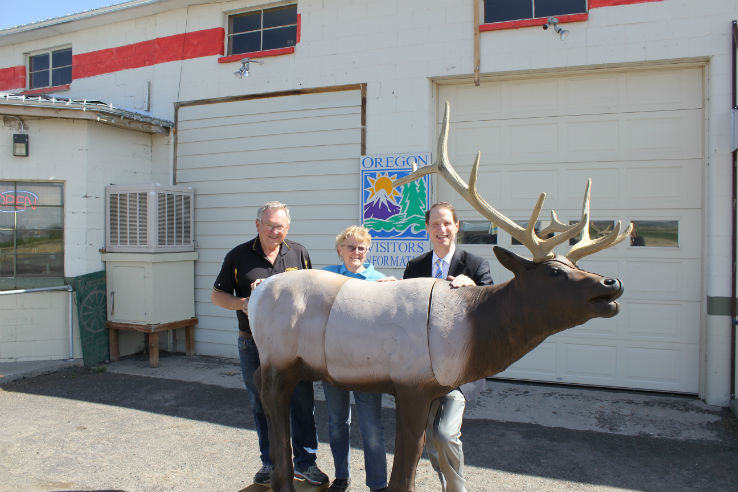 View additional pictures of Senator Wyden's visits from the May trip: http://www.wyden.senate.gov/news/photo-gallery/may-2012-oregon-events